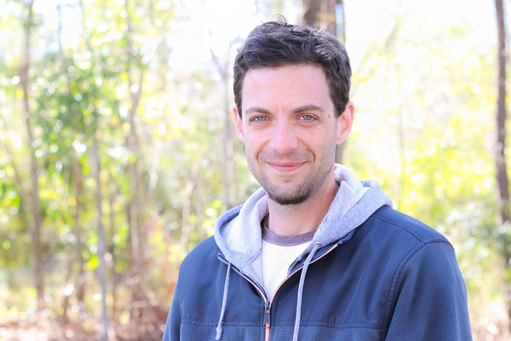 Could you explain your role here at Proclaim?

What is your favorite sports team? Why?

R: Huge Boston Red Sox fan since I was a kid. I grew up, both parents being from NY, in a loud Yankees family.

I always wanted a home team to root for, but the closest “home team” to where I grew up in Virginia, right outside of Washington D.C. — was the Baltimore Orioles.

My dad would take us to several Yankees vs Orioles games, every year.

My “sports hate” grew quickly for both teams, because I was mad that Yankees fans took over the stadium and that the Orioles allowed it.

Then when I was 10, the Sox lost in the World Series, in historic fashion (I don’t want to talk about it haha) — I have pulled for them ever since.

What part of your job as a Web Developer / Videographer do you love the most?

R: I love that both web design/development and video projects tend to feel like giant puzzles, that require, beyond creativity, coordination of many elements that go into creating each final product.

Name your favorite concert you’ve ever been to. Why was it so awesome?

R: I have seen over 75 Phish concerts, among many others.

My favorite is a culmination of 2 nights, 2 shows. The band, Phish had a 5 or 6 year stretch where, while playing their annual Halloween Night show, they would add a middle set where the band would play an entire album of another famous artist/album essentially being that band for Halloween.

They had done The Beatles “White Album, as well as albums by The Who and The Talking Heads (which I also saw) leading into the 1998 show that me and my friends traveled to Las Vegas to catch.

There were a lot of rumors going into the show —  which album had always been kept a secret until they start playing. The band played Velvet Underground “Loaded” — (great album!), but because of rumors and expectations, a lot of people were a level of disappointed.

The biggest rumor which had been around for years was that they would do Pink Floyd “Dark Side of the Moon” — one of the greatest albums of all time. Regardless – amazing show and a great night afterwards bouncing around Las Vegas.

We woke the next morning and drove the 4 or 5 hours back to my house, I was still living in Park City, UT.

That night, about 20 minutes from my house, Phish had another show.

The venue was empty — approx 4,000 people, compared to the 50,000+ capacity. The band decided to treat the few that came to a performance of the complete Pink Floyd, “Dark Side of the Moon” album.

What meal would you choose to be your last supper?

See other members of our web design and marketing team on our Who page.