Need a Laugh for April Fool’s Day? Check Out Our Favorite Fake Reviews 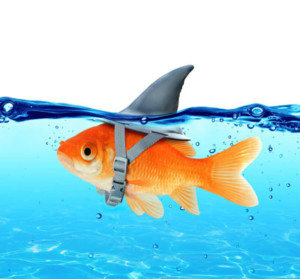 Do you need a banana slicer? If you find one on Amazon, you may be in for a treat—not necessarily with the product itself, but with its many fake reviews. Humorous fake reviews often take on a life of their own, often more popular than the products themselves.

To commemorate April Fool’s Day, we thought we’d share some of our favorite ones that always make us giggle.

The 571B Banana Slicer

Check out this review by “Mrs. Toledo” for the 571B Banana Slicer.

“It saved my marriage! What can I say about the 571B Banana Slicer that hasn’t already been said about the wheel, penicillin, or the iPhone? This is one of the greatest inventions of all-time. My husband and I would argue constantly over who had to cut the day’s banana slices. It’s one of those chores NO ONE wants to do! Our marriage has never been healthier…THANKS 571B BANANA SLICER!”

However, reviewer “Hubert” was not as impressed:

“Maybe I’m doing it wrong, but I can’t get this thing hooked up to my Wi-Fi network. Am I supposed to slice my bananas over an Ethernet cable? What is this, 2005?”

There were also the hilariously clueless:

“I tried the banana slicer and found it unacceptable. As shown in the picture, the slicer is curved from left to right. All of my bananas are bent the other way.”

If you’re in the market for a horse head mask for Halloween, look no further than this gem from “ByronicHero”:

“It is day 87 and the horses have accepted me as one of their own. I have grown to understand and respect their gentle ways. Now I question everything I thought I once knew…”

We’re not sure why uranium ore is available on Amazon, but it was not immune from several fake reviews, including this one from “Mr. Gonzalez”:

“I left this product next to my pet lizard; unfortunately, now he’s 350 ft tall now and currently destroying Tokyo, Japan.”

I confess, an all-time favorite fake review is for the book, How to Avoid Huge Ships:

“I bought How to Avoid Huge Ships as a companion to Captain Trimmer’s other excellent titles: How to Avoid a Train, and How to Avoid the Empire State Building.”

Even sites like TripAdvisor are not immune. They have a review page for the fictitious Bed and Breakfast at Shrute Beet Farms. This is a tip of the hat to character Dwight Shrute from “The Office.” Check it out for some hysterical comments. Thankfully, TripAdvisor does let the reader in on the joke, warning them not to actually book a room there.

Of course, common sense shows that these reviews are fake, and it’s highly unlikely that one of the comments will make or break the sale of a banana slicer. But it’s also important to heed this word of warning: there can be serious ramifications for fake reviews. Many states are putting legal pressure on violators, meaning you can’t get your friends to leave great reviews for your restaurant if they’ve never been there, and you certainly can’t give yourself a 5-star rating!

Although we’ve had a bit of fun looking at these fake reviews, there’s nothing remotely hilarious about falsified critiques that damage your online reputation — and many fakes don’t use good-natured humor. This is precisely why you need a company that is dedicated to not only monitoring your online reputation, but also implementing solid ideas to enhance it.

And you should buy a 571B Banana Slicer because, well, why wouldn’t you?

Four Tips for Creating an Effective Marketing Strategy Do Your Patients Post Private Health Information on Your Site? Here Are Five Solutions

What is Online Reputation Management? (And Why You Need It)