The Rise of Telemedicine 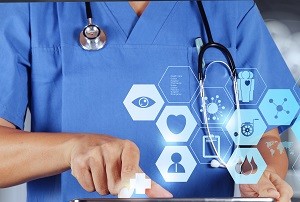 “Occasionally, my 81-year-old father has his pacemaker checked. He doesn’t wait in a doctor’s office. He doesn’t even have to leave the house. He simply makes a phone call. Through sophisticated, innovative technology, he dials a number, holds the phone receiver to his chest (Disclaimer: I’m not entirely sure of the details of how this process works.) The resulting information is processed and forwarded to his cardiologist and health care team. My father – who grew up on a farm in the Appalachian Mountains —admitted to me that the entire process reminded him of something straight from the pages of the “Flash Gordon” comics he read as a kid.

But the world of Flash Gordon is not limited to the tales of science fiction. My father’s experience is far from unique. Not only are cardiology patients across the country benefiting from this type of technology, but telemedicine is steadily on the rise. Skype medical consultations are more and more common. After all, if you can download your favorite song from iTunes, why not download your recent MRI? Patients already use the internet to set physician appointments and gather health information, so aren’t virtual doctor visits just a natural extension of this process?
Telemedicine–also called e-Health, remote medicine, and telehealth— has grown extensively.

According to the American Telemedicine Association (ATA), more than half of U.S. hospitals use some form of telemedicine. In addition, there are 200 telemedicine networks in the U.S., with 3,500 service sites. In 2011, more than 300,000 remote consultations were delivered by the Veterans Health Administration.

According to the New York Times, the interactive telemedicine business has grown by almost 10 percent a year, representing more than $500 million in revenue. Other advantages of telemedicine are:

What can we learn from the rise of telemedicine?

More information on telemedicine can be found on the ATA’s website.