What Are Your Favorite Super Bowl Ads? Our Staff Weighs In 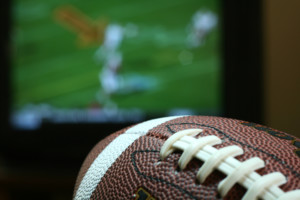 With such a hefty price tag, ad agencies feel intense pressure to raise the bar every year.

The goal isn’t just to create an effective ad—the ad must be memorable enough to stand the test of time. These ads should be the target of Google searches long after the championship game has ended.

For more than ten years, we’ve created digital marketing campaigns that help amplify our clients’ messages. So it seemed only fitting that we take time to weigh in on the ads we felt were not only the most memorable, but also the most effective.

Here are some of the most popular picks from our staff, why we like them and links to the commercials.

This ad started the now classic “You’re not you when you’re hungry“, which has taken on a life of its own.

The ad initially grabs your attention with grown men pummeling a 90-year-old-woman, in the mud, while playing football.

Then, it wraps up with the memorable and concise call to action, “grab a Snickers,” which always leaves me thinking “I definitely should.”

Their follow-up ad with Willem Dafoe as Marilyn Monroe is a close second in my book.

Favorite Super Bowl commercial: Old Spice “The Man Your Man Could Smell Like”

Why? My favorite part of this commercial is that it wasn’t even a Super Bowl commercial!

Yet, because of some pretty ingenious search engine marketing by Old Spice, the ad is remembered as one and is often found in all of those top ten lists.

The company ran search ad campaigns for the commercial, targeting keywords like “Super Bowl commercials.” It worked well because it gained incredible visibility long after the game.

Voila! All of the impact with a fraction of the spend.

Why? When it comes to basketball, Michael Jordan and Larry Bird are it for my generation.

Nothing beats a star-studded commercial with some competition in the middle of another competitive sporting event (Super Bowl), and who can resist those McDonald’s french fries?!?

Why? First, I love Doritos, so they already had me at brand loyalty.

Second, it had so many great elements that touch a wide variety of audiences, both young and old. It was funny, it had Doritos, imagination, a cute kid, a dog and time travel.

If judging the taglines for Super Bowl ads, I think the “Where’s the beef?” ad is definitely one of the best.

Also, in any conversation about effective Super Bowl advertising, you can’t overlook the important impact of the halftime shows for the performers.

For example, Bruno Mars concerts immediately sold out after his performance in the 2014 Super Bowl.  According to Billboard, his performance attracted a record audience of 115.3 million.

Tickets for his concerts also rose by $150 after the show.

Why? Being a huge fan of both sports and film/video production, I enjoyed both the concept as well as the ‘camera tricks.’

Why? I believe it’s interesting because they spent all of their money on an ad and then they pretty quickly shut down the business.

Why? It’s surprising and unexpected to see a football player in an office setting, especially to see him tackling employees as a form of problem-solving. It was memorable and attention-grabbing to me because of that.

Plus, I think it’s funny that Richard is being tackled over a cover sheet.

Imagine if we handled issues in our office that way! Ha, ha! I volunteer to be a benchwarmer in that case!

Why? It’s hard to explain what this company does. “Managing complexities of a digital economy” just doesn’t have a memorable ring to it. So they used a great metaphor–herding cats–and took it literally.

I don’t care how many times I see this commercial, I always crack up. Bonus points for getting cats to swim.

However, if I was doing an award for best tagline, I’d have to go with the infamous Apple 1984 Macintosh computer slogan:

These are some of our favorites—what are yours?

Leave us a comment (and a link to the commercial) and let us know which ones you like to watch repeatedly!

Whatever team you pull for this Super Bowl, don’t forget that the advertisements are also a major—and expensive– part of the event.