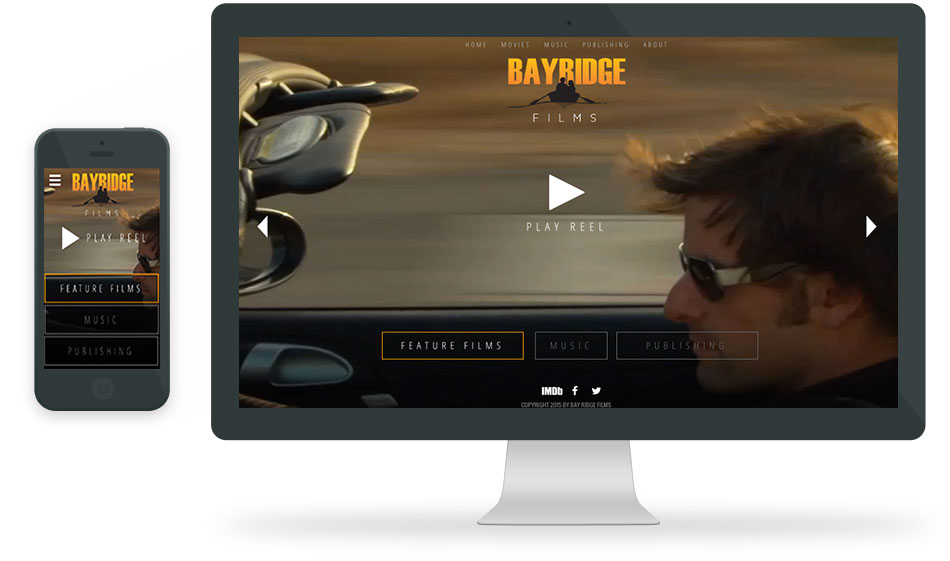 Since 1997, Bayridge Films has been producing films that have been released by 20th Century Fox, Netflix, Showtime, Up and the Starz Network. We developed this client’s new website to visually showcase the amazing product that John Ward, President, brings to the big screen.

From logo design and branding to a custom, media-centric website, Proclaim delivered a powerful tool for amplifying the stunning video, film and television work produced by Bayridge Films.

We’re thrilled to announce that Proclaim Interactive has earned three prestigious honors for our work with BayRidge Films.

“At Bayridge Films we are all about invoking feeling through storytelling – we wanted bayridgefilms.com to convey our passion and dedication to our daily aspiration to make people feel something. Thanks to Proclaim Interactive for bringing that to reality.

We at Bayridge Films are thrilled with the Gold Davey Award. Special thanks to the AIVA — and especially to the amazing team at Proclaim Interactive for their creativity and dedication in building a website that captures the essence of who we are and why we go to work every day.”