Marketers on a Mission, Part 2 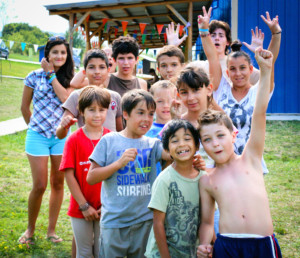 Earlier this month, Rachel and Shelley spent two weeks in Bucharest serving with Anchor of Hope – Romania. Proclaim has been an avid supporter of this Christian orphan ministry for many years now, so we were thrilled to travel “across the pond” (as they say) to Eastern Europe for a chance to participate in the ministry on the ground.

Anyone who has spent time abroad serving in missions knows how hard it is to answer that question. How do you sum up what you saw, felt, labored and cried over in a 20-second sound bite?  You don’t, really. You just end up saying things like, “It was great.” “It was successful.” “It was difficult but good.”

So here’s our chance to spell out a little more of the answer to that question. Because if you’re reading this blog, you probably want a bit more than the 20-second response.

A quick recap: Anchor of Hope’s mission is to share the love of Christ with the babies and older orphans who will spend their adolescent lives in government institutions. After Romania’s dictator, Nicolae Ceausescu , was overthrown in 1989, the world learned of the shocking conditions in which many children lived in the country’s orphanages. Much has been improved since then – both by the Romanian government and NGOs – but there remains much more to do.

A trip in two parts

Our team of 12 spent just one day in the abandoned baby hospital, a heart-wrenching place to be: we nurtured infants with bed sores, rashes and delayed development – all results of being confined to a crib 24 hours a day. Stifling heat. Bleak beige ceilings to stare at. Silent rooms. Even a room of 8 babies was eerily quiet – babies stop crying after they realize no one comes. But this hospital was by far my favorite part of the trip. There was so much joy in holding the baby boy covered in strange-looking bumps that no hospital staff person wanted to touch. I loved using what little developmental therapy I knew with an 18-month old girl who was not yet walking or pulling up. I was told she was slated for the handicap orphanage because of her inability to walk. But after just an hour of exercises, she was taking steps! In just one short visit, I was even more convinced of the need for a ministry like Anchor of Hope. While there, I interviewed a 25-year veteran hospital employee. In her words, “Resources are minimal here. If Anchor of Hope did not come here, we would have no diapers, no medicines and no one to hold all these babies.”

While still in the capital city, we spent two days at the orphanage. Both times we were able to take all of the children outside for fresh air and playtime. The kids squealed in delight when they saw us approaching; we had a hard time calming them down long enough to get ready. Imagine putting shoes on 25 wild toddlers in just under 5 minutes! The kids especially loved the men on our team – strong guys who could be found at any given moment with 3 or 4 littles climbing all over them, hitching piggy back rides and loving the attention of a father-figure. 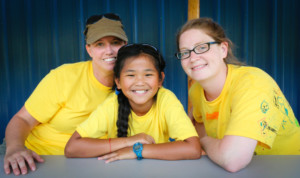 Camp was a strenuous time for our team; we traveled by bus to beautiful Ojasca with 70 orphans. It was an intense week of language barriers (for us), outdoor games, unique food and late nights. But for the orphans it was the one time of the year they get to be away from the institution. Because Romania is religiously a restricted country, overt Bible teaching is not allowed in the orphanage. However, during this week away, they are able to learn freely about the Bible. This week is for them a mixture of freedom, social interaction, fresh air, and gospel teaching all rolled into one. It was exhausting but so worth it! Without Anchor of Hope, this week of camp would not exist.

I came home confident in Proclaim’s support of AOH as well as my own family’s financial support of the ministry. AOH’s founder, Sarah Smith, is a strong, capable leader who has been called to a life of sacrifice and emotional steel that not many Romanians can even endure. Her Romanian staff is made up of some of the most caring, genuine and intelligent people I’ve met in ministry. Together, they bring glory to God by bringing the one true Hope to generations of fatherless, forgotten children.  And they do it on a shoestring budget!

Proclaim financially supports Anchor of Hope and you can too! Click here for more information on monthly giving, one-time gifts or camp-sponsorhips.