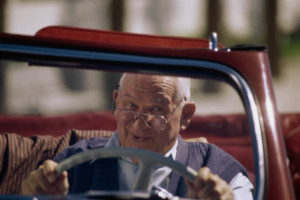 About twice a month I get in a conversation where someone tells me that they aren’t using social media outlets such as Facebok, Twitter, or Linkedin because their clientele or target market is of the “older” sort. They seem to have this idea that the only people on any of the networks are twenty-something hipsters and Pinterest-obsessed moms.

This is a myth, pure and simple. While social network use is certainly more popular with younger generations, the most recent study by GlobalWebIndex found that the fastest growing user group on the social networks are 55 to 64 year olds. In fact, growth in the 55-64 age group has surpassed 100% for Facebook, Twitter and Linkedin. I was never a math major, but that means that there are over twice as many (and in some cases three times as many) seniors online this year as there were last year at this time. Feast your eyes on the chart, this represents the percentage change in the global usage of social networks between Q2 2012 and Q2 2013:

At this point we’ve firmly established that senior adults are viable users of social networks. The next question is, should we use Twitter, Facebook, Google +, YouTube or Linkedin to reach them? This is bit more difficult to answer, but it looks like the first stops would be Facebook and Linkedin. Here are the results for Q2 2013:

So, what is the moral of this story? Simple, if your market is over 55 and you’ve been disregarding Facebook, Linkedin, Twitter, Google +, Youtube and Pinterest because you thought it was only for the kids, now is the time to move forward with a social medial marketing strategy. Not only will it cultivate the user base directly on the social network, but it will boost your search engine rankings as well.

Spence Hackney has been building web sites professionally since 1997. He is currently the president of Proclaim Interactive, a full service digital marketing agency providing web site design, mobile app development and search engine optimization. He also serves on the board of First Fruit Ministries, Alpha Ministries and is a leader in Cub Scout Pack 226.
Way to Go Get Heeled! Show it, Then Say It